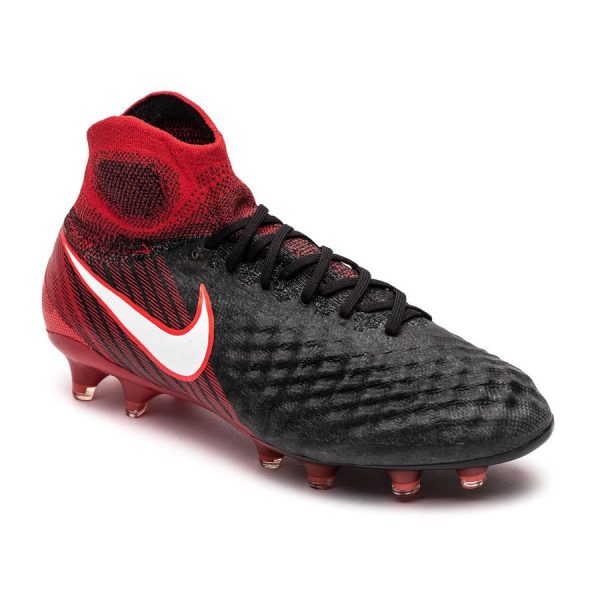 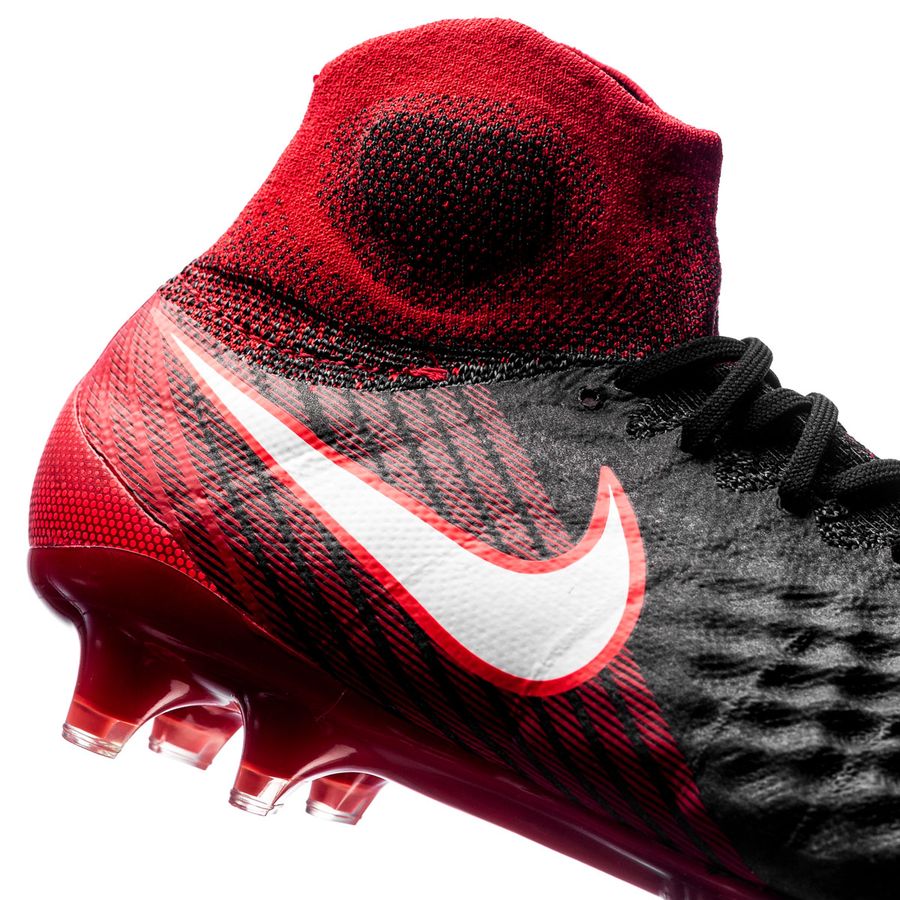 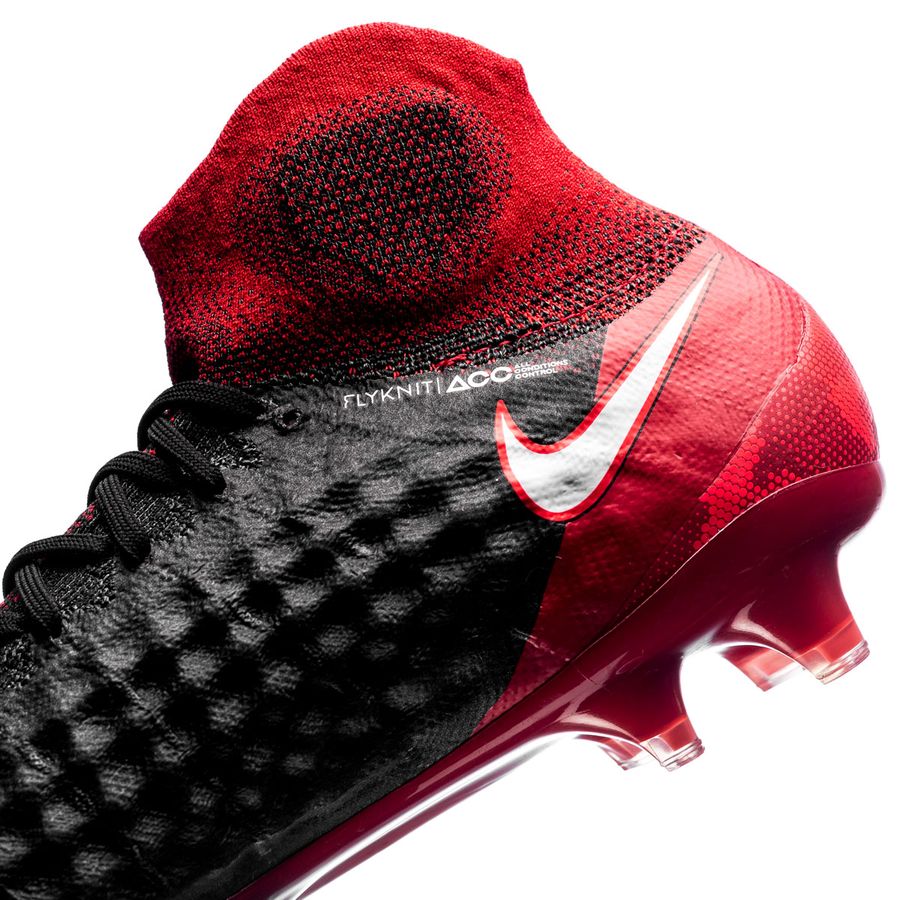 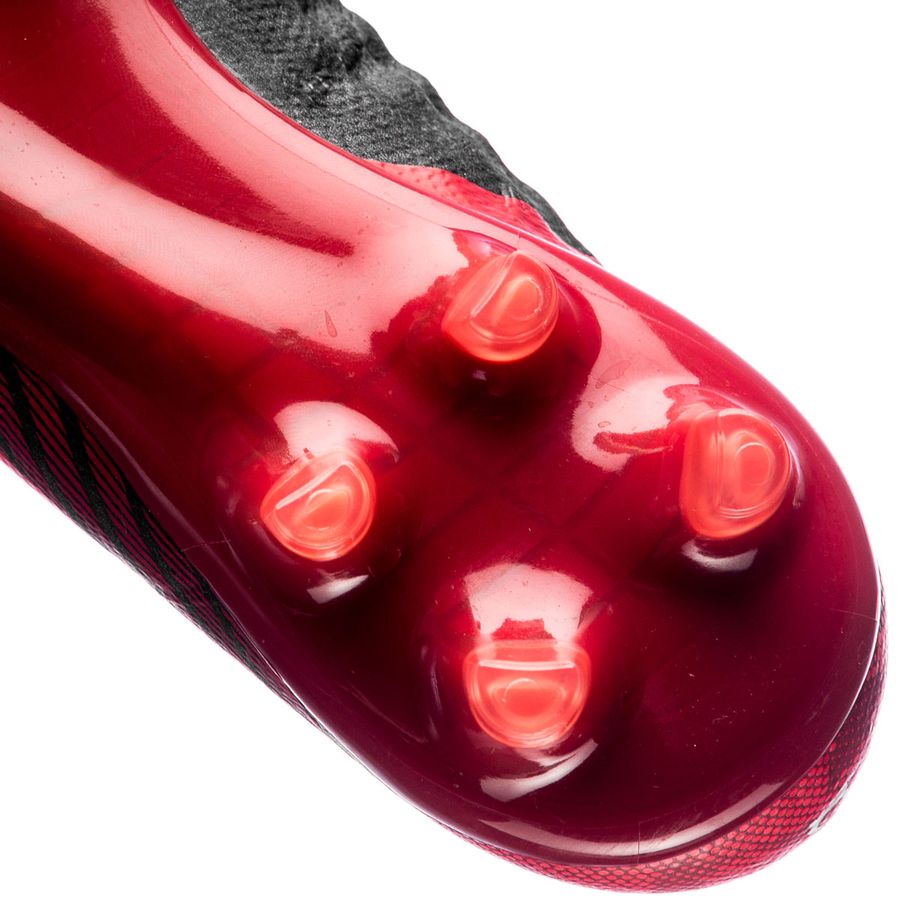 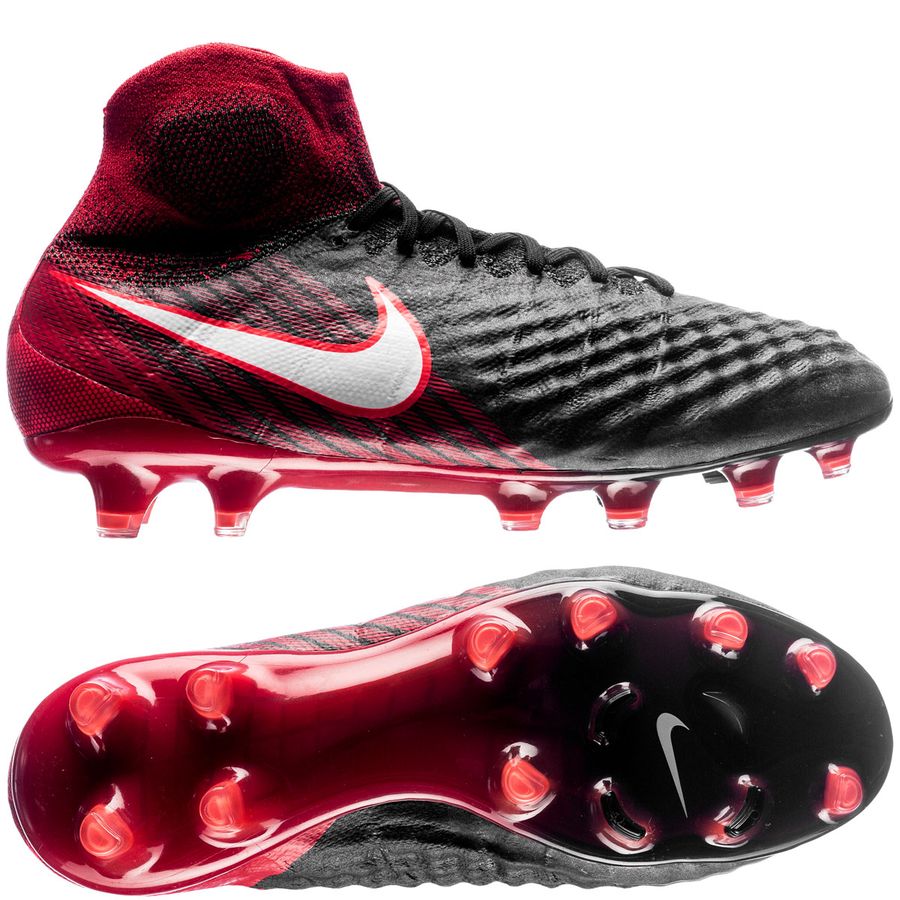 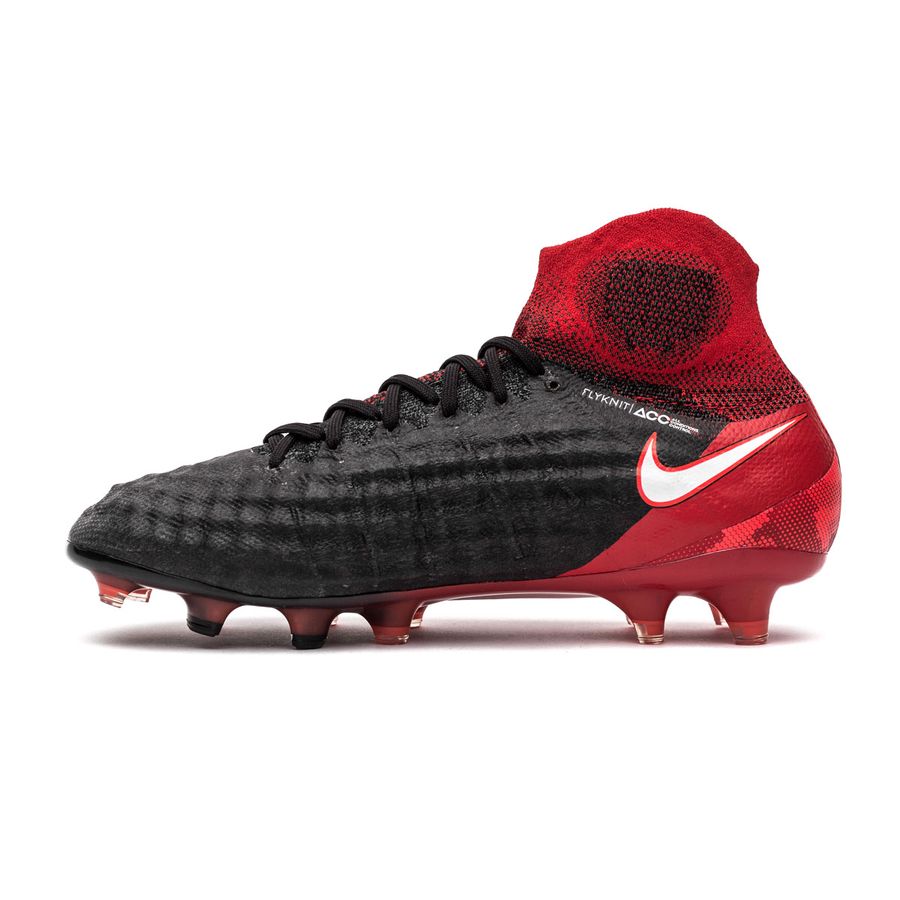 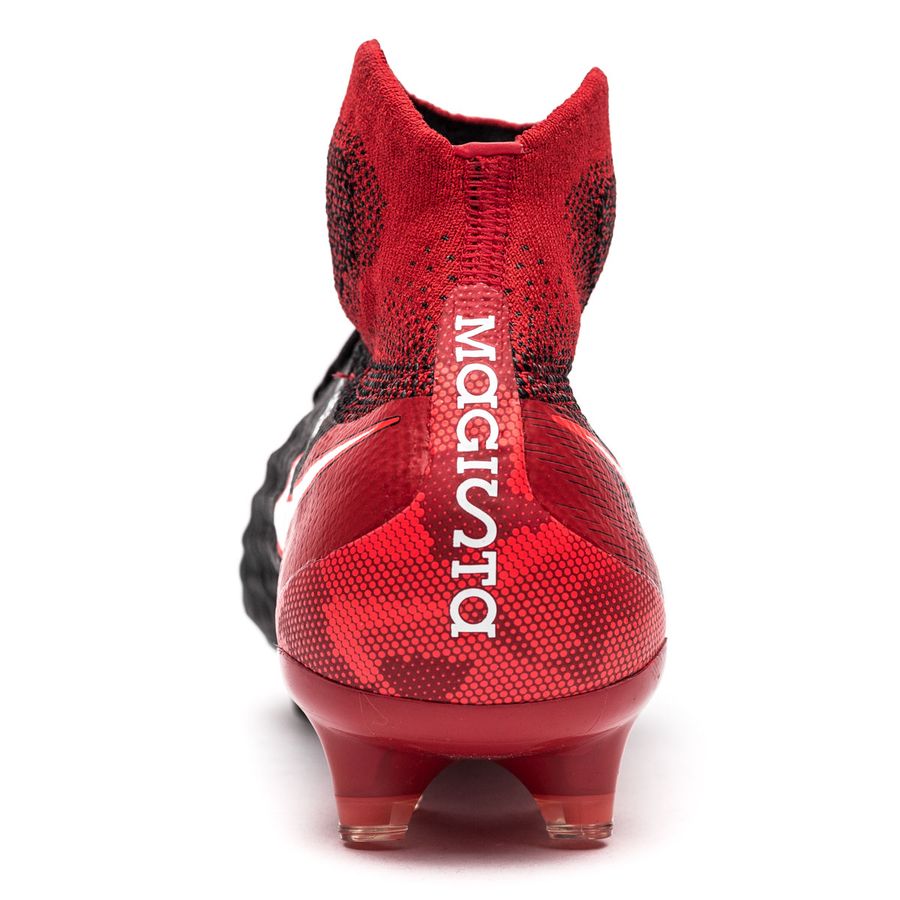 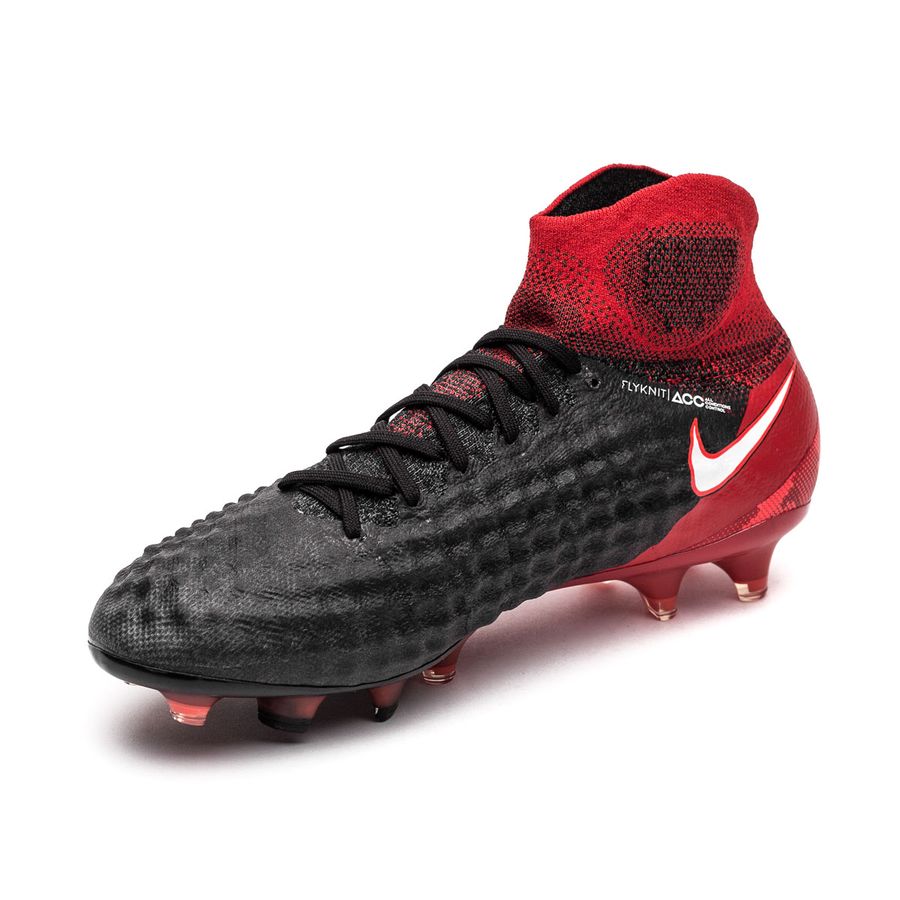 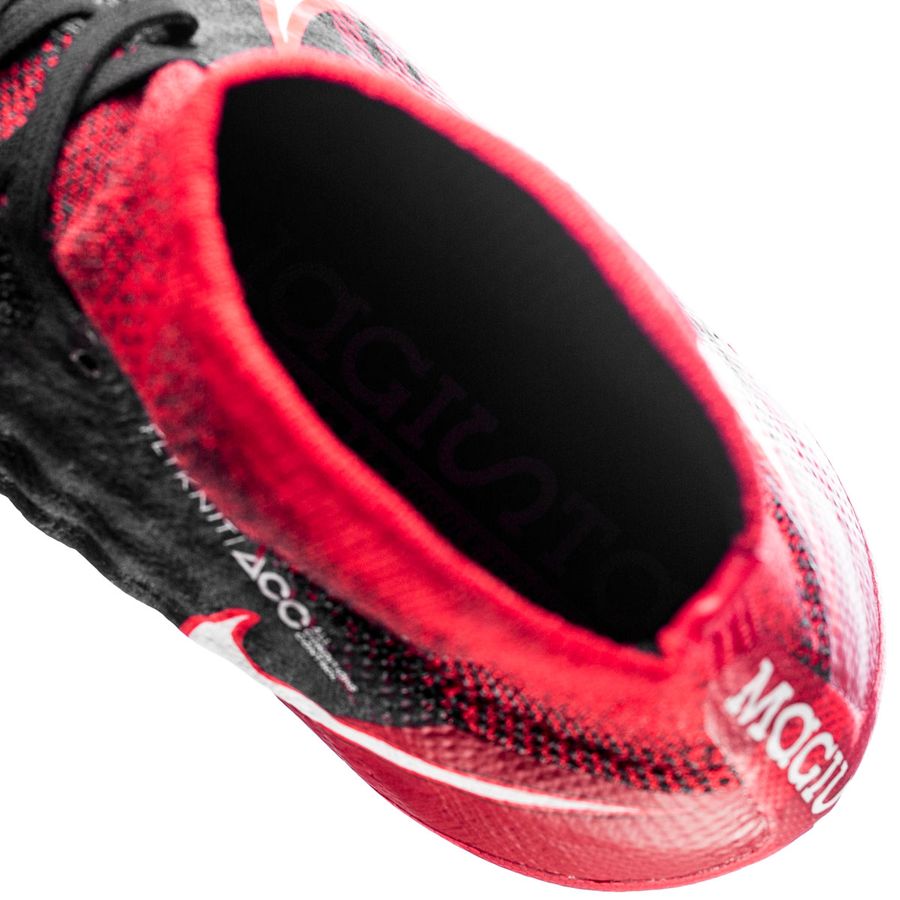 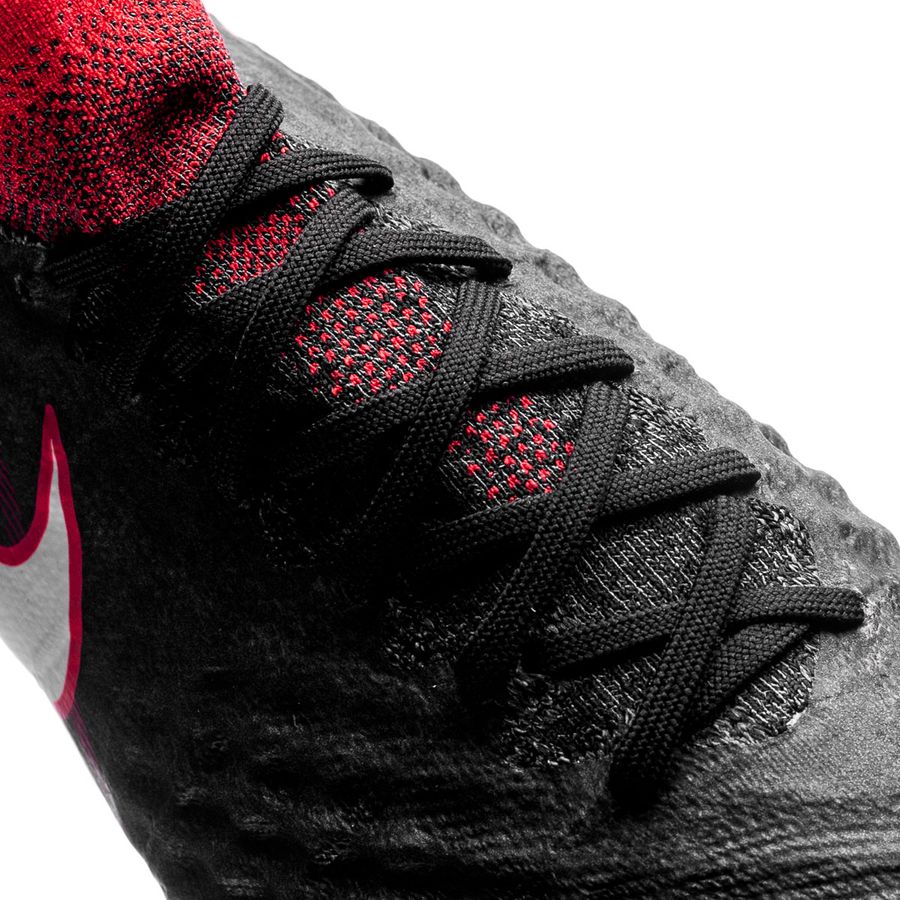 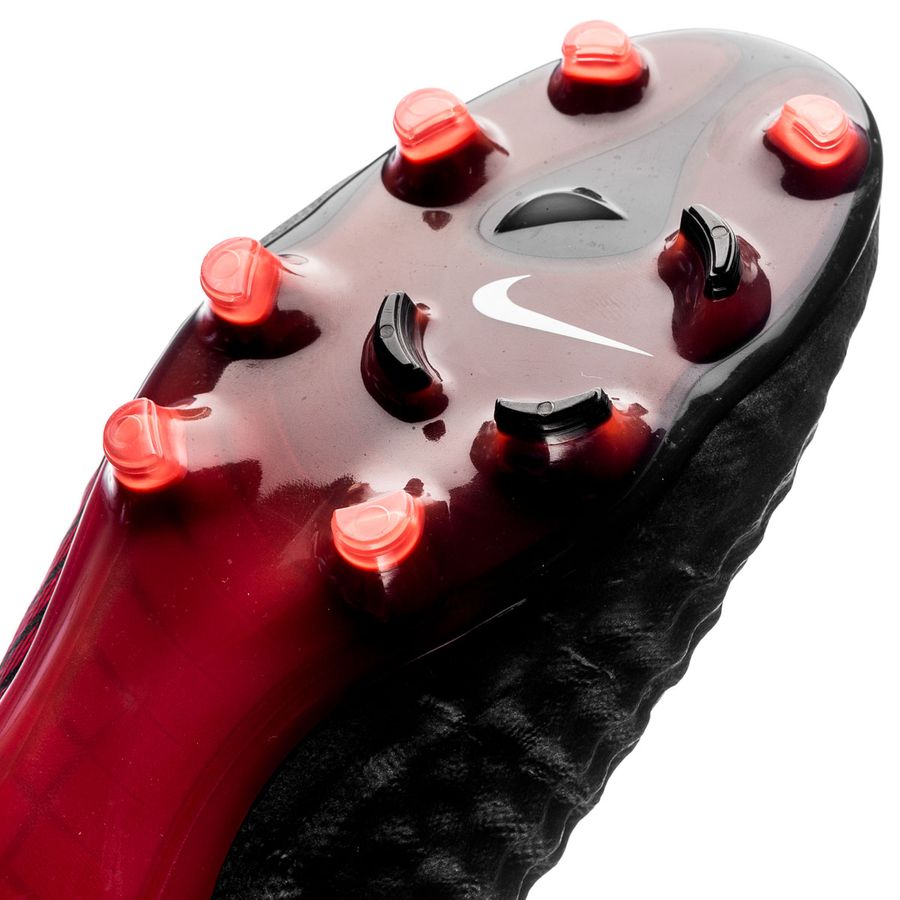 This is a game between two sides, every time you lace up, you make a choice – instinctively or intentionally. You can take a risk or play your strengths, celebrate in joy or silence the crowd. It’s not about where you play, it’s how you play – just do it, or do it with style. Whoever you are, it’s what you do on the pitch that defines you. It’s time to pick a side. Fire? Or ice?

The Magista is designed for the playmaker that launches the attacks with unstoppable passes, breaking the opponent’s lines – leaving them unbalanced.

• A part of the Fire & Ice Pack
• Magista is worn by players such as Andrés Iniesta, Mario Götze, Leonardo Bonucci and Blaise Matuidi

Updated Flyknit upper for a uncomparable touch on the ball
The Magista Obra 2 is designed with the updated version of the single-piece Flyknit upper, that allows for great breathability, stretch and support – where you need it the most. These abilities provides you with a very flexible and comfortable boot. The updated Flyknit upper is engineered based on extensive research, testing and analysis from Nike. Their findings revealed the areas where the human foot is most touch sensitive, while also revealing the areas most used when playing. From the idea that the boot is to be an organic extension of the foot and the findings from Nike’s research, Nike created the updated Flyknit upper. It features inner padding as well as an integrated dotted texture; highest elevations being 4,5 mm., specially engineered to activate your feets senses when in contact with the ball. This way a amplification of the senses should arise in the areas needed, to allow for a better sense, feel and touch on the ball. Combined with the friction created by the upper and the ball, this gives you the advantage when dribbling at high speed and doing quick turns, but also on passes and strikes. The upper is coated with the All Conditions Control (ACC technology), to ensure great grip on the ball in all weather conditions.

Revised Dynamic Fit Collar for the ultimate fit
Dynamic Fit Collar is the part of the boots, that covers your ankles and feels like a sock. The socklike fit locks your feet in place, making the boots feel like an extension of you. Thereby increasing the awareness of and the interaction with the football. Nike has revised the Dynamic Fit Collar, creating a more anatomically correct fit that support your ankle joint even better. The thickness of the materials is thicker around the bunion, for better protection. At the front and back at the Achilles, the collar has been lowered for allowing a more natural flexibility and to remove any distractions. The combination of Flyknit and Dynamic Fit Collar is completed by the tongueless design. This results in a very close touch on the ball. On the inside of the boot; just below the laces, Nike has added a slight padding for dampening tensions and to increase comfort. An internal heel cap for added lockdown and stability, for a secure and tight fit.

Groundbreaking way of thinking is the foundation for a unique outsole
A conventional way of thinking, when talking about outsoles for a pair of football boots, has been flat form. But Nike realised that the problem was, that people’s feet was anything else but flat. As a logical consequence of this, Nike started working on the development of a new outsole plate, which follows the foots anatomy. By having an anatomic outsole which follows the foot, it reduces the gap, which existed on the sole, and offers a more natural fit and better lockdown.

Stud system designed for acceleration, deceleration and turns
As the playmaker in the modern edition of this beautiful game, much can be decided, if you can run and change directions quickly. Nike has designed a completely new stud system with help from an advanced computer system. Pressure points and the flow of power was mapped. So was different forms, patterns and compositions – all being thoroughly analyzed. Nike found the ideal combination, and the studs were placed at different place where grip was needed the most. The studs are angled so they work as claws during acceleration and quick turns. They work equally effective when decelerating, which makes it easy for you to stop and change direction when you want. On the front foot the sole has a Split-Toe function, which increases the foot’s flexibility in the boots, so you get an improved grip on the pitch. In combination with the front studs, that is designed to allow for 360 turns – you can do turns faster and sharper. 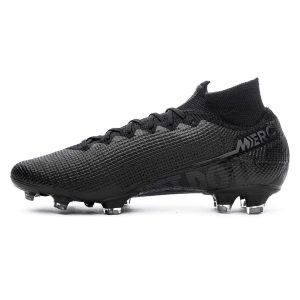 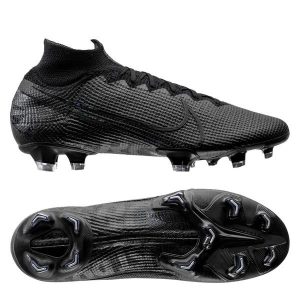 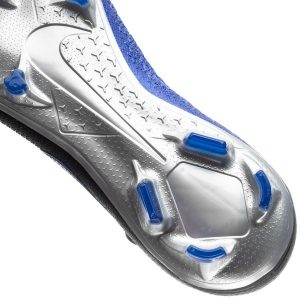 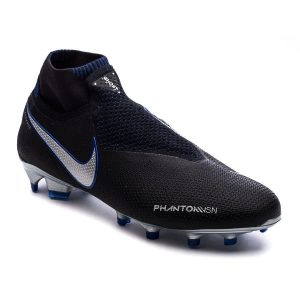 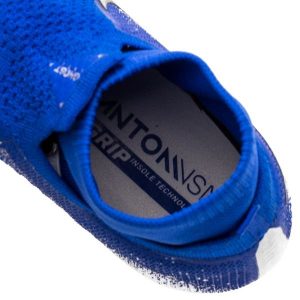 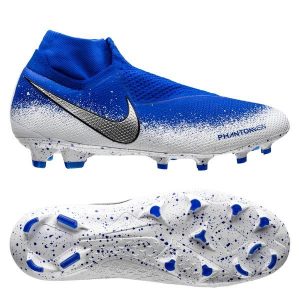 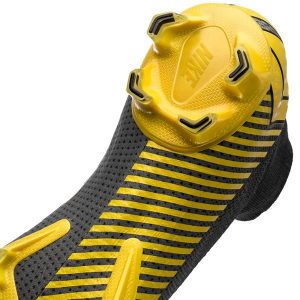 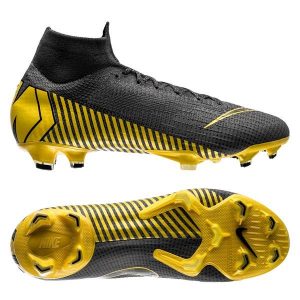 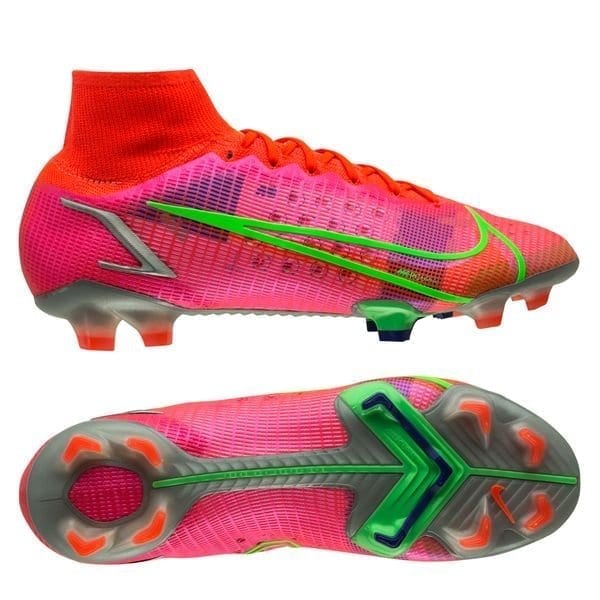